Kumasi Asante Kotoko maintained their perfect start to the 2021/2022 Ghana Premier League season after securing a 2-0 win over Eleven Wonders while their rivals, Accra Hearts of Oak suffered their first defeat of the campaign.

Goals from Samuel Boateng and Isaac Oppong ensured the Porcupine Warriors kept their 100% win rate in the Ghana Premier League this season in a comfortable win over Eleven Wonders at Baba Yara on Saturday, November 20, 2021.

Elsewhere, defending champions, Accra Hearts of Oak laboured once again, and were beaten at the Obuasi Len Clay, 2-0 by Ashgold SC. 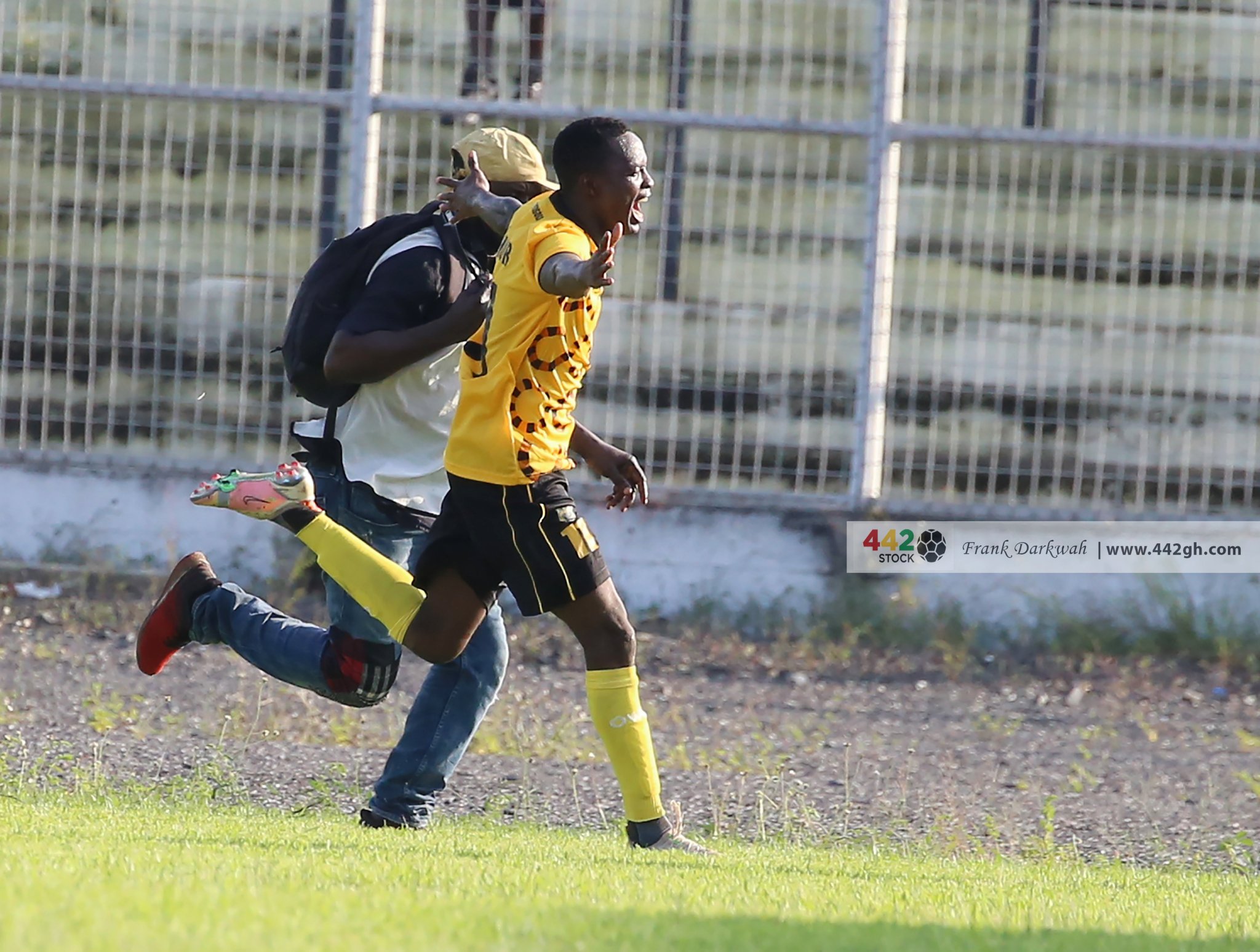 Second-half goals from Yaw Annor and Abdul Salam were enough to sink Hearts of Oak, who now have their first defeat of the season after consecutive draws.

Elmina Sharks grabbed their first three points of the season, nailing down the newly-promoted side, Bibiani Gold Stars 2-1 with goals scored by Enock Agblenyo and Mustapha Alhaji and Prince Owusu scoring for the visitors.

Abdul Fatawu Issahaku scored a brace for Dreams FC but they threw away a 3-0 advantage to draw 3-3 with Accra Great Olympics on Saturday afternoon.

WAFA also stayed at home to draw 2-2 in Sogakope against Maxwell Konadu’s Legon Cities side.

King Faisal were beaten 1-0 in Berekum as they suffered their first defeat of the season.

The results keeps Asante Kotoko at the summit of the GPL with King Faisal, Great Olympics, and Dreams FC making the top 4.

Defending champions Accra Hearts of Oak sit a place above the relegation zone as Medeama, Eleven Wonders, and WAFA battle for survival early in the season.