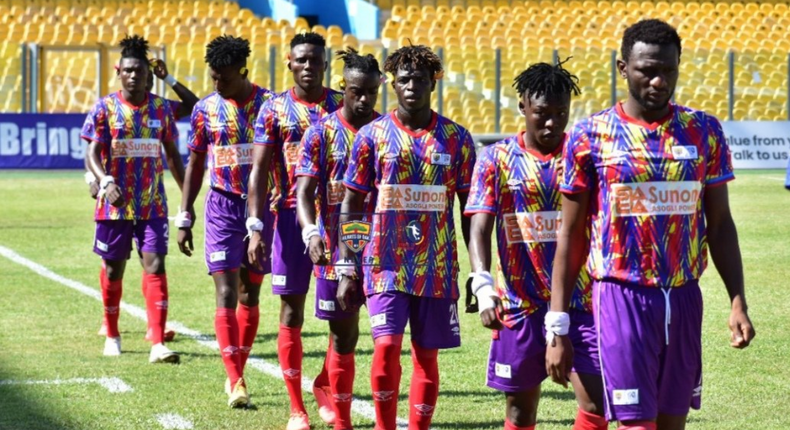 The Phobians recorded a narrow 1-0 victory against the Sharks at the Paa Kwesi Nduom Stadium on Wednesday afternoon.

Substitute Gladson Awako was the match-winner, as the midfielder’s stunner from 25 yards ultimately separated the two sides.

The defending champions had made a very poor start to the season after going four games in the league without a win.

However, the put up a better performance against Elmina Sharks, with Enock Asubonteng, Daniel Afriyie Barnieh and Isaac Mensah threatening the hosts.

Both Barnieh and Mensah had glorious opportunities to open the scoring for Hearts in the first half but fluffed their lines.

Their blushes were, however, spared by Awako, who came off the bench to score a stunning goal that proved to be the winner.

The 1-0 win over the Sharks lifts Hearts 16th on the league table, although they still have three outstanding matches to play.